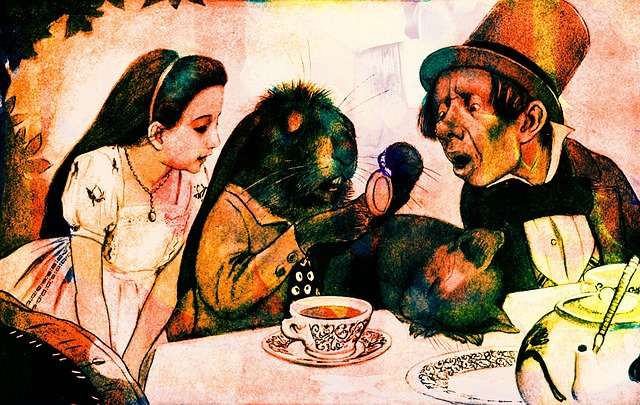 This morning I was listening to some music in the car. Since my Aux cable is dead (again) and my radio doesn’t have Bluetooth I had to rely on good old USB Sticky McStickface of which the music is rarely updated. Because there’s only good music on there, of course.  Okay, so it’s because I forget to update it or can’t be bothered. Whatever.

By doing so, I listened to the song “Her Name Is Alice” by Shinedown. They’re one of my favourite groups, and I remembered that I discovered them completely by accident. After the Alice in Wonderland(?) movie with Johnny Depp came out, I rather liked the soundtrack.

So I went and bought the wrong sound track. There were two albums for the movie. The soundtrack and an album with songs inspired by the movie. Of which only the not-so-great Avril Lavigne song made it to the (credits of) the movie.

The damage was done, and I decided to give the album a try. I don’t like a lot of songs on the album. There’s maybe one or two that I don’t dislike or skip. But “Her Name Is Alice” was one of them.

I figured that the band that made it had to have some other good songs. That lead me to iTunes, where I found and sampled their albums. Which I’ve listened to countless times by now.

All of this happened because I somehow got the crazy idea to buy a movie soundtrack. Only to buy the wrong one. Talk about a happy mistake!

To discover new music. Since then I’ve got a Spotify account like everyone else, which allows me to try entire albums before buying them. In the modern age, this “purchase accident” would’ve never happened. But it makes for a mildly interesting story!

If you’re wondering, the last albums I bought since getting Spotify were bought after I stumbled upon a video on Youtube. Yup, more random chance. It’s how I like it.